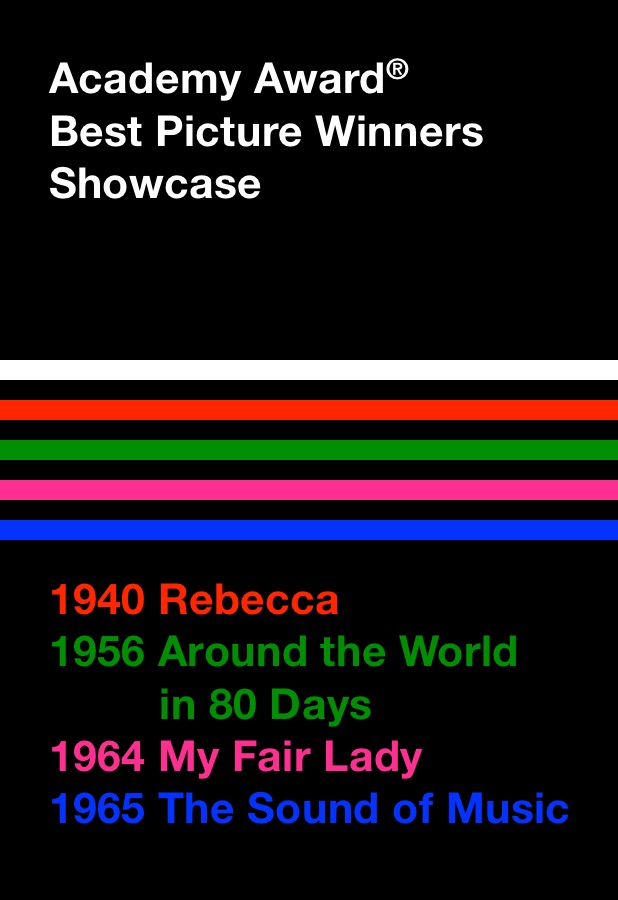 The second Mrs. de Winter is a shy and naive young woman, besotted with charming and urbane Maxim de Winter. They meet and fall in love while vacationing on the Riviera, and after a speedy marriage, return to Maxim's vast English estate, Manderly. His wife is introduced to an army of servants who immediately, if subtly, display hostility towards her, as they all adored Rebecca, Max's first wife, whose death is shrouded in mystery. As the servants become more hostile, the second wife grows more fearful, until she eventually learns the secret of what really happened to Rebecca. (Synopsis by Hal Erickson)

Around the World in 80 Days

Razzle-dazzle showman Michael Todd hocked everything he had to make this spectacular presentation of Jules Verne's 1872 novel Around the World in 80 Days, the second film to be lensed in the wide-screen Todd-AO production. Nearly as fascinating as the finished product are the many in-production anecdotes concerning Todd's efforts to pull the wool over the eyes of local authorities in order to cadge the film's round-the-world location shots--not to mention the wheeling and dealing to convince over forty top celebrities to appear in cameo roles. David Niven heads the huge cast as ultra-precise, supremely punctual Phileas Fogg, who places a 20,000-pound wager with several fellow members of London Reform Club, insisting that he can go around the world in eighty days (this, remember, is 1872). Together with his resourceful valet Passepartout (Cantinflas), Fogg sets out on his world-girdling journey from Paris via balloon. (Synopsis by Hal Erickson)

At one time the longest-running Broadway musical, My Fair Lady was adapted by Alan Jay Lerner and Frederick Loewe from the George Bernard Shaw comedy Pygmalion. Outside Covent Garden on a rainy evening in 1912, dishevelled cockney flower girl Eliza Doolittle (Audrey Hepburn) meets linguistic expert Henry Higgins (Rex Harrison). After delivering a musical tirade against "verbal class distinction," Higgins tells his companion Colonel Pickering (Wilfred Hyde-White) that, within six months, he could transform Eliza into a proper lady, simply by teaching her proper English. The next morning, face and hands freshly scrubbed, Eliza presents herself on Higgins' doorstep, offering to pay him to teach her to be a lady. "It's almost irresistable," clucks Higgins. "She's so deliciously low. So horribly dirty."

He turns his mission into a sporting proposition, making a bet with Pickering that he can accomplish his six-month miracle to turn Eliza into a lady. This is one of the all-time great movie musicals, featuring classic songs and the legendary performances of Harrison, repeating his stage role after Cary Grant wisely turned down the movie job, and Stanley Holloway as Eliza's dustman father.

Julie Andrews originated the role of Eliza on Broadway but producer Jack Warner felt that Andrews, at the time unknown beyond Broadway, wasn't bankable; Hepburn's singing was dubbed by Marni Nixon, who also dubbed Natalie Wood in West Side Story (1961).Andrews instead made Mary Poppins, for which she was given the Best Actress Oscar, beating out Hepburn. The movie, however, won Best Picture, Best Director, Best Actor for Harrison, and five other Oscars, and it remains one of the all-time best movie musicals. (Synopsis by Hal Erickson)

The Sound of Music

One of the most popular movie musicals of all time, The Sound of Music is based on the true story of the Trapp Family Singers. Julie Andrews stars as Maria, a young nun in an Austrian convent who regularly misses her morning prayers because she enjoys going to the hills to sing the title song. Deciding that Maria needs to learn something about the real world before she can take her vows, the Mother Superior (Peggy Wood) sends her off to be governess for the children of the widowed Captain Von Trapp (Christopher Plummer). Arriving at the Trapp home, Maria discovers that her new boss is cold and aloof, and his seven children virtual automatons-at least, whenever the Captain is around. Otherwise, the kids are holy terrors, as evidenced by the fact that Maria is the latest in a long line of governesses. (Synopsis by Hal Erickson)