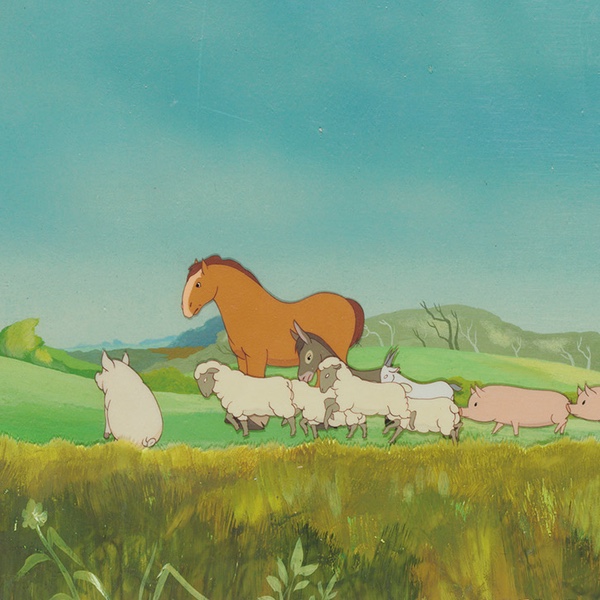 The first feature-length British animated film to be given a theatrical release, this landmark 1954 adaptation brilliantly conveys all the horror and humour of George Orwell’s scathing satire on the corruption of Communist ideals and the Soviet Union’s slide into totalitarianism. Animal Farm remains an outstanding achievement for award-winning animators John Halas and Joy Batchelor; actor and singer Gordon Heath narrates, and the characters are voiced by Maurice Denham.

Inspired by the dream of Old Major, a prize boar, the overworked animals of Manor Farm rise up against their negligent, drunken human owner and drive him out. Led by two young pigs, Snowball and Napoleon, they establish their own self-sufficient farm, but as the farm flourishes it begins to slide into dictatorship…