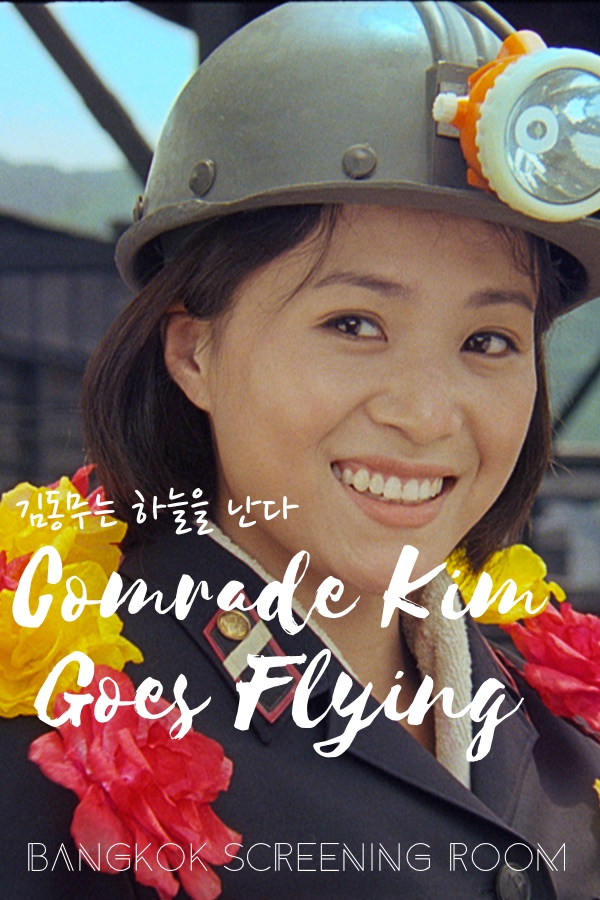 Korean with English and Thai subtitles.

Comrade Kim Yong Mi is a North Korean coal miner. Her dream of becoming a trapeze artist is crushed by the arrogant trapeze star Pak Jang Phil who believes miners belong underground and not in the air.

Comrade Kim goes Flying is a heartwarming story of trying to make the impossible possible.

Comrade Kim goes Flying is North Korea’s first “girl power” movie and the story of a girl reaching for her own dream and carving out her own future.

Cheerfully smashing perceptions of North Korea as a shuttered nation, Comrade Kim Goes Flying proves that cooperation with the West really is possible, at least in cinema. A candy-hued throwback to a chirpy Technicolor time when pluck wins out and “postmodern” wasn’t yet invented, this “let’s put on a show!” tale of a young woman miner’s dream of becoming an acrobat has been winning hearts since preeming at Toronto ... "Comrade Kim" has the makings of a cult heroine on college campuses and targeted arthouses. — Variety

The film is all about pursuing one's dreams, and the message that "wherever we are, we all have dreams" comes through loud and clear. — Twitch Film