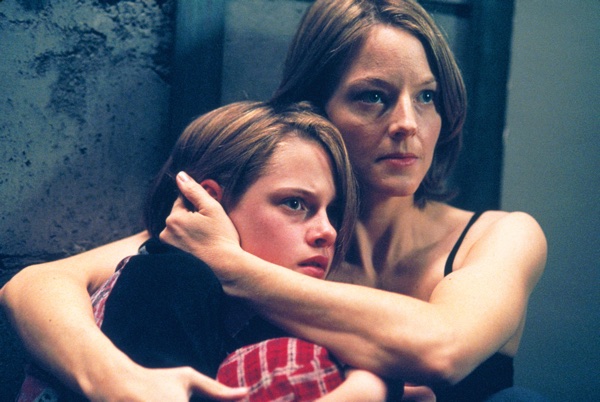 A special director focus on one of the most innovative contemporary filmmakers.

New: The Girl with the Dragon Tattoo

The Girl with the Dragon Tattoo is the first film in Columbia Pictures' three-picture adaptation of Stieg Larsson's literary blockbuster The Millennium Trilogy. Directed by David Fincher and starring Daniel Craig and Rooney Mara, the film is based on the first novel in the trilogy, which altogether have sold 50 million copies in 46 countries and become a worldwide phenomenon. The screenplay is by Steven Zaillian.

There's more than one way to lose your life to a killer. The hunt is on for a serial killer in San Francisco. Few cases in the history of true crime are as intriguing as that of Zodiac, a bizarre gunman in an executioner's hood, who taunts the police with dozens of letters containing eerie messages and cryptograms. Director David Fincher (Panic Room, Fight Club, Se7en) captures the story of the infamous killer who terrorized the city in the late 1960s. Jake Gyllenhaal (Jarhead, The Day After Tomorrow), Robert Downey, Jr. (Kiss Kiss, Bang Bang), Anthony Edwards ("ER") and Mark Ruffalo (We Don't Live Here Anymore, Rumor Has It...) star. Based on the books Zodiac and Zodiac Unmasked by Robert Graysmith.

On a fall night in 2003, Harvard undergrad and computer programming genius Mark Zuckerberg sits down at his computer and heatedly begins working on a new idea. In a fury of blogging and programming, what begins in his dorm room soon becomes a global social network and a revolution in communication. A mere six years and 500 million friends later, Mark Zuckerberg is the youngest billionaire in history... but for this entrepreneur, success leads to both personal and legal complications. From director David Fincher and screenwriter Aaron Sorkin comes The Social Network, a film that proves you don't get to 500 million friends without making a few enemies. The film is produced by Scott Rudin, Dana Brunetti, Michael De Luca, and Ceán Chaffin and based on the book "The Accidental Billionaires" by Ben Mezrich.

Based on the debut novel by Chuck Palanhiuk about a confused young man in the not too distant future. With no family or close friends, he frequents cancer and disease support groups as a way to bond with others, pretending to be terminally ill or feigning various other infirmities to fit in. Sick of his dead end, white bread, white collar corporate career and disgusted with the empty consumer culture that his generation has been doomed to inherit, he and a devious friend named Tyler Durden create a new club where young men come to relieve their frustrations by beating each other to a pulp. Two rules govern the club: no more than two men per fight and no one is to mention fight club to any outsiders. Reverse-psychology proves it's power, as the latter rule instantaneously spreads the news of fight club throughout the underworld sub-culture. Soon new fight clubs are popping up everywhere and spread across the nation. Tyler Durden quickly becomes a cult hero of epic proportions, a new messiah for a dead generation. While all this is happening, the nameless, narrating main character manages to get involved in a love triangle with Tyler and a girl named Marla who seems to have an endless supply of ex-boyfriends just as screwed up as he is. Soon our hero's reality will implode with consequences he could never anticipate.

"Nothing wrong with a man taking pleasure in his work. I won't deny my own personal desire to turn each sin against the sinner."

Gluttony, greed, sloth, envy, wrath, pride, lust — everyone has a sin. For detectives William Somerset and David Mills they live among these sins, everyday, a crumbling city of crime all around them. But nothing can prepare the partners for the killings they are about to experience, all of which begins when they find a morbidly obese man who has died from the forced ingestion of spaghetti. What starts as one bizarre crime turns into a case of serial murders as a predator named John Doe begins to execute victims by paying homage to the "deadly sin" they represent.

Trapped in their New York brownstone's panic room, a hidden chamber built as a sanctuary in the event of break-ins, newly divorced Meg Altman (Jodie Foster) and her daughter, Sarah (Kristen Stewart),play a deadly game of cat-and-mouse with three intruders--Burnham (Forest Whitaker), Raoul (Dwight Yoakam) and Junior (Jared Leto) -- during a brutal home invasion. But the room itself is the focal point because what the intruders really want is inside it.