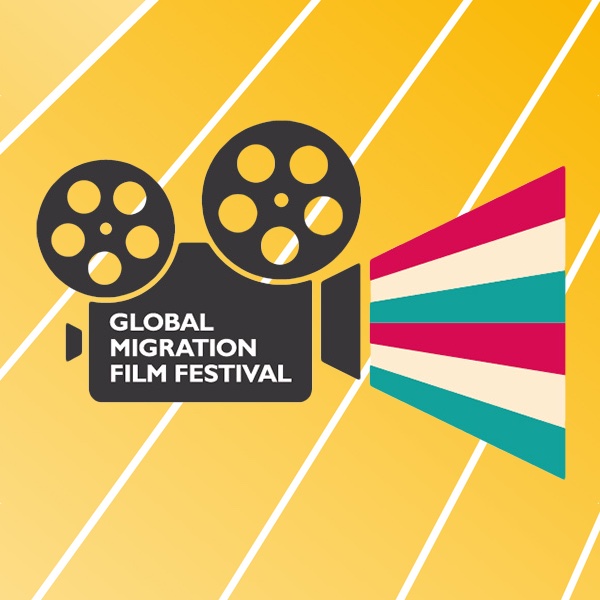 With the support of

Cinema and Migration - a magical bond that began over a century ago when filmmakers, many of whom were immigrants themselves, began making movies about a world on the move. Their films brought the dramatic, poignant and comic stories of migrants to diverse audiences, through images and emotions that were meaningful to every culture.

In celebration of International Migrants Day on 18 December, IOM, the UN Migration Agency, is proud to present the third edition of the Global Migration Film Festival (GMFF 2018). This year’s edition promises to build on the Festival’s continued success with 7 critically-acclaimed and award-winning films. With the generous support of Save The Children (Gold Partner), the Embassy of Canada (Film Sponsor) and IOM X (Film Sponsor) and the Bangkok Screening Room (Official Venue), the Thailand edition of GMFF 2018 will run for three days from 14 to 16 December at the Bangkok Screening Room and will feature a variety of films. All have received staunch support from their respective directors and were picked to provide a variety of perspectives and celebrate cultural diversity.

From the dilemmas faced by North Koreans attempting to escape into China, to the struggles faced by intersex and transgender people in Kenya, each film captures the trials and tribulations, joys and personal moments of those who leave their homes in search of a better life. GMFF 2018 is an opportunity for the world to celebrate diversity and migrants’ unique contributions to the communities and countries where they live. The Festival is part of the United Nations’ “Together” global campaign to counter xenophobia and promote diversity and inclusion.

GMFF 2018 is also proud to announce that the critically-acclaimed 2018 Danish documentary, Heartbound, will premiere in Bangkok for the very first time at the Festival. Heartbound tells the story of how over 900 Thai women ended up married to Danish men in the small village in northern region of Jutland. Three other films - A Thousand Girls Like Me, Fremde Tochter and The Merger - will also be featured on the big screen in Thailand for the first time.

Film has always been used to inform, entertain, educate and provoke debate. In our effort to raise awareness on migration issues amongst everyone, admission will be made free of charge for all screenings, paving the way for greater discussion around one of the greatest phenomena of our time. To watch a film, simply turn up at the Bangkok Screening Room on the day of its screening. Tickets will be issued on a first come, first served basis 30 minutes before the start of each film.

In the small northern region of Jutland, Denmark, over 900 Thai women are married to Danish men, a trend that started 25 years ago when a former sex worker from Northeastern Thailand married a Jutland native and has since helped lonely local men and impoverished women from her village find someone to marry and share life with.

Acclaimed filmmaker Janus Metz and his anthropologist wife, Sine Plambech, follow four of these Thai-Danish couples over ten years in an intimate chronicle that explores universal questions of love and romance, dreams and everyday hardship, life and death, and the very nature of family.

The Other Side of Dooman River

At the northern border between North Korea and China, the Dooman River flows peacefully. A place of both hope and dread for the thousands of North Korean “defectors” who attempt its crossing every year, it has the power to deliver a second chance or, for some, a tragic demise.

On a day like any other, a North Korean family pays one of the patrolling guards in the hope of making it to the other side. It is an illustration of what the most vulnerable migrants must risk for a chance of a life lived without repression.

A Thousand Girls Like Me is a harrowing but important film that tells the story of 23-year-old Kathera from Kabul. A victim of sexual abuse, when Kathera confronts her past head on she faces such hostility it becomes necessary to leave her country and start a new life in France.

Filmmaker Sahra Mani tells the compelling story of a woman who challenged her family and culture, exposing the structural faults of the Afghan judicial system. Her journey reveals that unfortunately she is not unique, her voice speaks for thousands of Afghan women.

Bachir Lazhar, an Algerian immigrant, is hired to replace an elementary school teacher who died tragically. While the class goes through a long healing process, nobody in the school is aware of Bachir's painful former life; nor that he is at risk of being deported at any moment.

Adapted from Evelyne de la Cheneliere's play, Bachir Lazhar depicts the encounter between two distant worlds and the power of self-expression. Using great sensitivity and humor, Philippe Falardeau follows a humble man who is ready to transcend his own loss in order to accompany children beyond the silence and taboo of death.

Lena (17) meets 19-year-old Farid, a young Muslim. She has a clear-cut attitude towards his culture and religion: utter rejection. Despite their different backgrounds and outlooks, a mutual attraction leads to an unplanned pregnancy and a complicated relationship that starts to encroach on other aspects of their lives.

Hannah, Lena's mother, sees red, realizing this means her daughter will be expected to marry a Muslim man - unfathomable both to her and to Farid's family. A couple destined to be together stuck between worlds, traditions, religion, contradictions and prejudices.

Sidney, an intersex individual from Kenya, was demonized by his family who tried to kill him. Sydney and Friends charts his journey to Nairobi where he meets a group of intersex and transgender people who have experienced the difficulties of self-exploration and rejection.

With mutual support, the friends engage others on issues from gender discrimination to LGBTQI rights. We learn of the different forms of exploitation they have been subjected to and how, despite this, they are still optimistic that their society can become more accepting.

A former star footballer turned community outcast is persuaded to coach the struggling, local footy team in his small town in Australia. He recruits refugees to revive the team with hilarious results, and ultimately takes his community on a journey of change. Hysterical and deeply moving, this film brings loveable characters and levity to a complex issue.