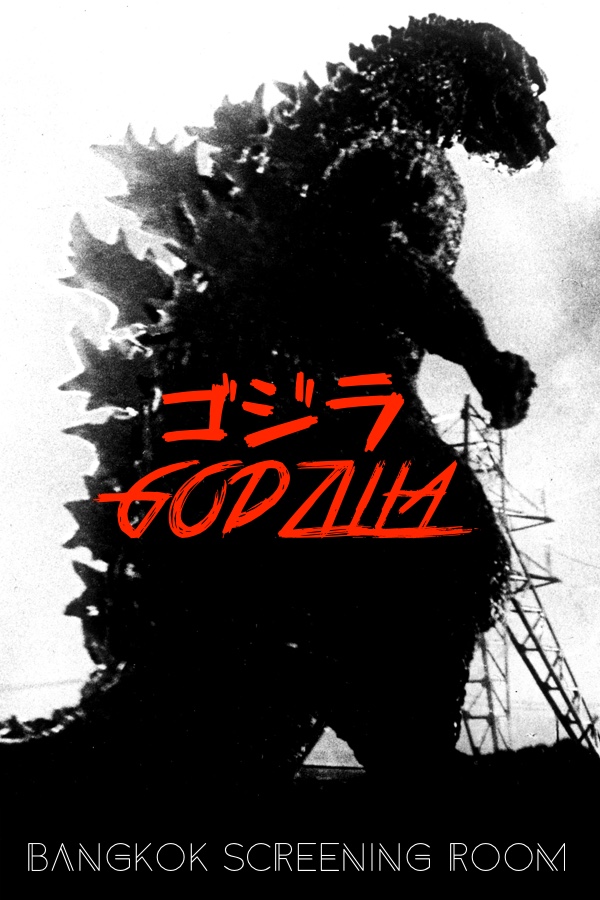 Japanese with English and Thai subtitles

Plays with the short My Superhero directed by Nutthanon Vorahan. 2016, 6 minutes.

Godzilla (a.k.a. Gojira) is the roaring granddaddy of all monster movies. It’s also a remarkably humane and melancholy drama, made in Japan at a time when the country was reeling from nuclear attack and H-bomb testing in the Pacific. Its rampaging radioactive beast, the poignant embodiment of an entire population’s fears, became a beloved international icon of destruction, spawning almost thirty sequels.

It's exciting, sober, plausible and never unintentionally comic. The film's power resides in its having been made less than a decade after Hiroshima and Nagasaki, the memories of which are vivid both for the people making the movie and the characters in it. — The Guardian