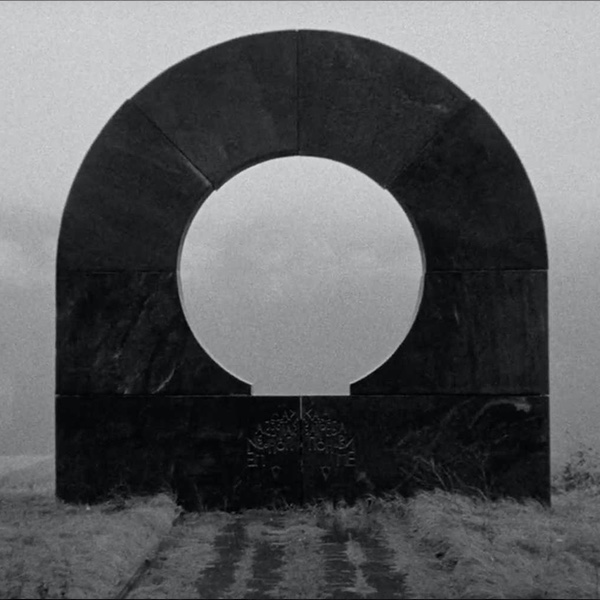 What can we learn from the voice speaking to us from two billion years away? LAST AND FIRST MEN juxtaposes the seminal speculative science fiction story by Olaf Stapledon, a haunting musical score by the late composer and musician Jóhan Jóhannson (The Theory of Everything, Sicario, Arrival) and filmed images of futuristic, brutalist, otherworldly stone monuments erected during the communist era in the former Yugoslav republics, shot in 16mm black and white by renowned cinematographer Sturla Brandth Grøvlen (Victoria, Rams).

Narrated by Tilda Swinton, the film beckons us into a world of surreal and phantasmagorical monuments where a future race of humans finds themselves on the verge of extinction, and where the monuments – once intended as symbols of Unity and Brotherhood – remain as lone, abandoned beacons beaming their message into the wilderness. While the story of crumbling future civilizations is told, the spectral presence of an entity attempting to communicate with us emerges.

Poetic, tragic and hopeful, LAST AND FIRST MEN represents Jóhann Jóhannson's final and most personal work – an allegory of remembrance, ideals and the death of utopia.