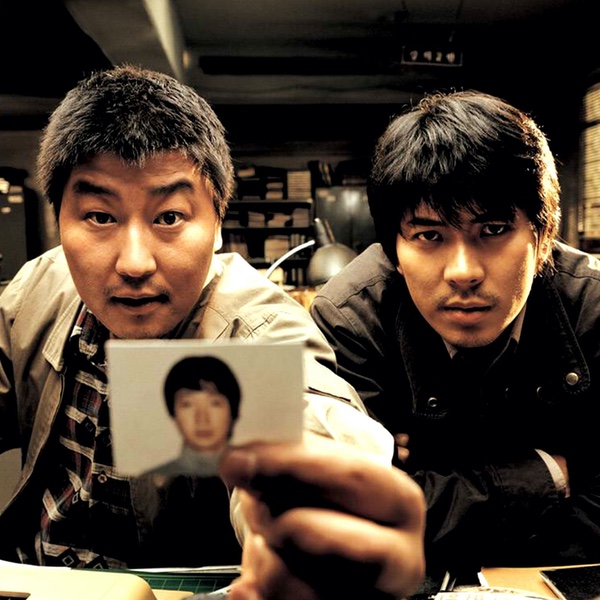 "Bong does with criminal justice what he did with capitalism in ‘Parasite.’" - Collider

This is a true story.

In a small town outside Seoul, over the course of six years 10 women were raped and murdered in a 2km radius. Korean society’s first serial killer took the lives of 10 victims, ranging from a 71 year-old grandmother to a 13 year old schoolgirl.

Other than the victims, the killer left not a single shred of evidence. Over 3,000 suspects were interrogated. At least 300,000 police took part in the massive investigation. But not a single person was indicted for the crimes.

In this age of ignorance, two detectives at the bottom of an ill-supported police force,
Have only themselves to rely on to face this horrific series of events. The film reminisces about a time of innocence when the inability to comprehend such heinous acts led to unbelievable mishaps and harrowing nightmares.