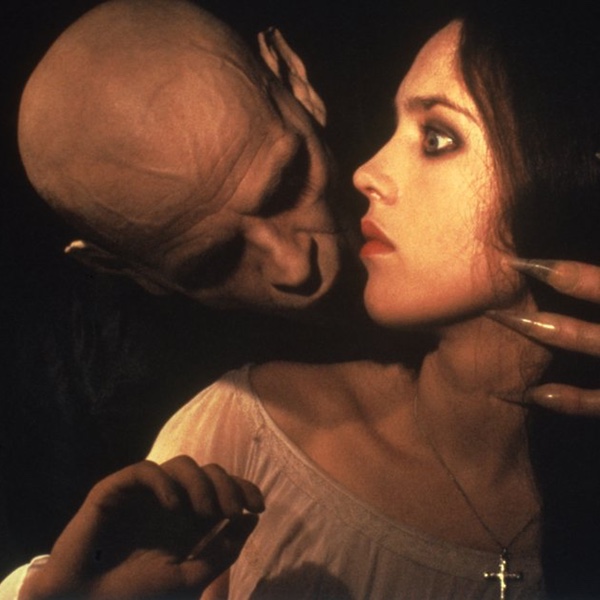 “This is a pinnacle of horror cinema” Time Out

Werner Herzog’s homage to the 1922 F.W. Murnau movie is an execution of passionate connoisseurship. Set in the heart of 19th century Germany, the protagonist, Jonathan Harker from Wismar, wants to negotiate with Count Dracula in Transylvania about the purchase of a house. But after the first night, Harker findsout that Dracula is a vampire and his flight turns out to be hopeless. Dracula enters with a ship in Wismar and spreads the plague in the city. Even the sacrifice of Harker’s wife Lucy cannot stop the disaster. Though Dracula dissolves in the sunlight, Harker now spreads fear and terror in the world as a kind of new vampire.