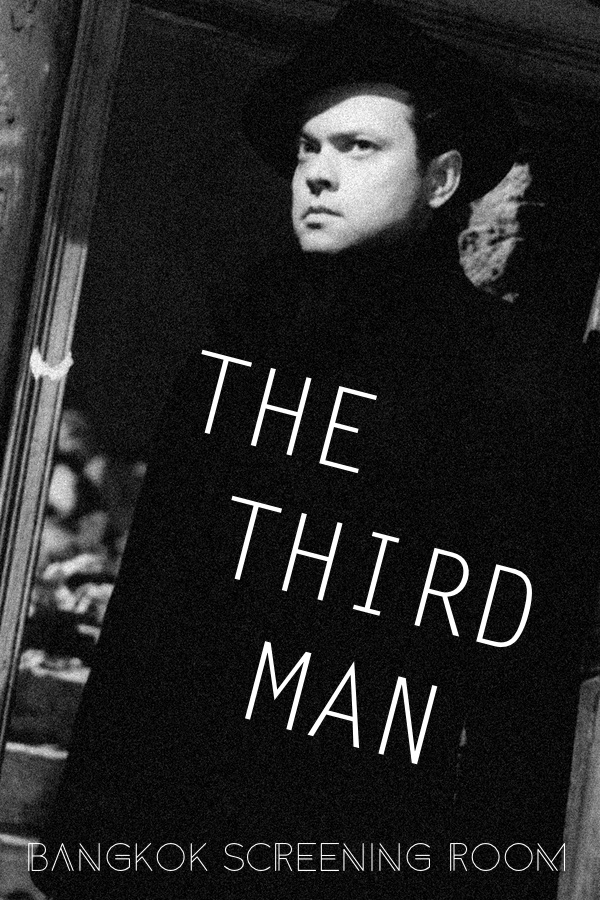 Plays with the short film Tuen directed by That Rujitanont. 2016, 4 minutes.

Set in postwar Vienna, Austria, The Third Man stars Joseph Cotten as Holly Martins, a writer of pulp Westerns, who arrives penniless as a guest of his childhood chum Harry Lime (Orson Welles), only to find him dead. Martins develops a conspiracy theory after learning of a "third man" present at the time of Harry's death, running into interference from British officer Maj. Calloway (Trevor Howard) and falling head-over-heels for Harry's grief-stricken lover, Anna (Alida Valli).

The Third Man is a 1949 British film noir, directed by Carol Reed and starring Joseph Cotten, Alida Valli, Orson Welles, and Trevor Howard. It is considered one of the greatest films of all time, celebrated for its acting, musical score and atmospheric cinematography.

“Of all the movies that I have seen, this one most completely embodies the romance of going to the movies." — Roger Ebert

“Crammed with cinematic plums that would do the early Hitchcock proud—ingenious twists and turns of plot, subtle detail, full-bodied bit characters, atmospheric backgrounds that become an intrinsic part of the story, a deft commingling of the sinister with the ludicrous, the casual with the bizarre.” — Time Magazine