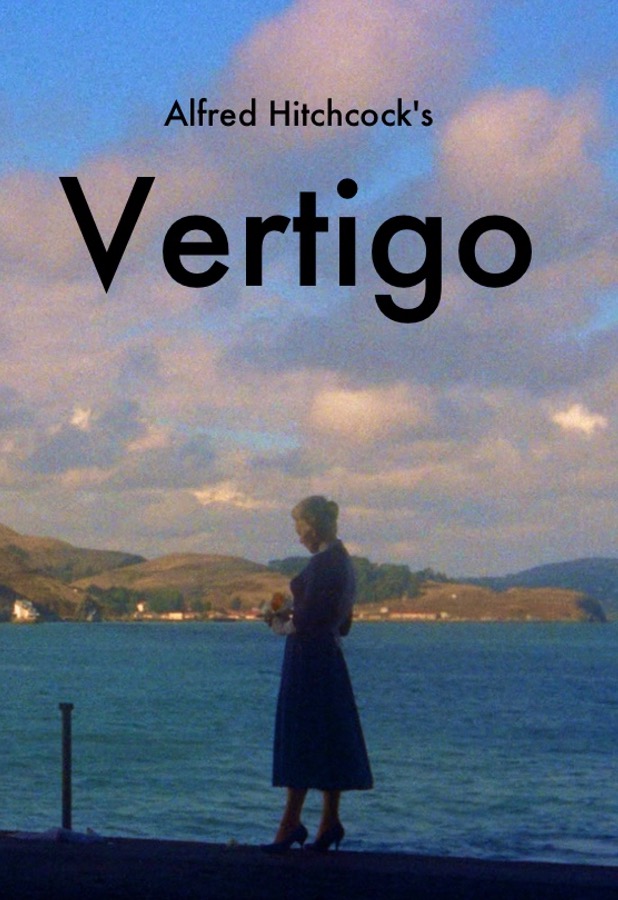 The film stars James Stewart as former police detective John "Scottie" Ferguson. Scottie is forced into early retirement because an incident in the line of duty has caused him to develop acrophobia (an extreme fear of heights) and vertigo (a false sense of rotational movement). Scottie is hired by an acquaintance, Gavin Elster, as a private investigator to follow Gavin's wife Madeleine (Kim Novak), who is behaving strangely.

Vertigo is often cited as a classic Hitchcock film and one of the defining works of his career. Attracting significant scholarly criticism, it replaced Citizen Kane (1941) as the best film ever made in the 2012 British Film Institute's Sight & Sound critics' poll.

“Alfred Hitchcock's "Vertigo" is an artistic triumph for the master of mystery.” — New York Daily News

“One of the landmarks -- not merely of the movies, but of 20th-century art.” Chicago Reader

“The best film in the history of cinema” — Cine Vértigo